You are currently in : Home > CFI Financial > Details

The inspection team continued to push forward its survey campaign as part of the efforts to inspect the forex sector. For this session, the inspection team goes to Cyprus, a country at the crossroads of Europe and Asia, to visit a broker named CFI Financial.

According to its registered address, CFI Financial is located at 10, Gregori Afxentiou Street, Livadhiotis Court 5 - 5th Floor, CY-6023 Larnaca. The inspection team sent its survey team to this place.

According to address they were provided, the inspection team found an office building about 300 meters from the Larnaca Sea.

When the surveyors got closer and took a good look at the building, they found its overall appearance was somewhat old. 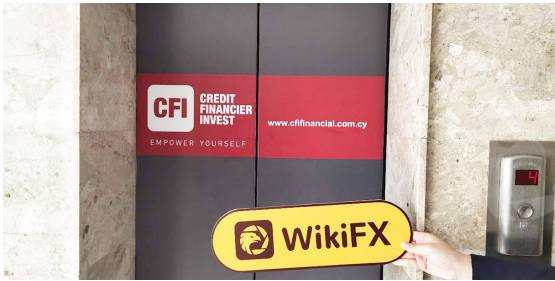 The surveyors were a little bit surprised to see CFI Financial’s logo on the elevator door inside of the entrance hall, since this was not supposed to be the company’s exclusive building. They took the elevator to the Fifth Floor, and immediately saw logos of the company in the corridor. Since CFI Financial’s logo was quite striking, the surveyors soon found its office. On the outside, the surveyors saw a map of the world marked with their global office locations. The head of sales at CFI Financial met the surveyors and showed them around the office. The work place of this Cyprus-licensed company is not too large but is well decorated, with seating capacity of around 10.

A field survey confirmed the existence of CFI Financial’s physical business site. Although the company claims to hold licenses from the UK FCA (602588), German BaFin (133881) and Cyprus CySEC (179/12), check results show that some of these licensing details are problematic.