You are currently in :  Home > Field Survey > CMCMarkets > Details

An On-Site Inspection to CMC Markets in Australia

In 1989, a British young man named Peter Cruddas began his entrepreneurial journey in London. As a veteran banker and active broker, he started CMC Markets from a desk and a phone. After many years of development, today CMC Markets has entered the markets of many countries, providing nearly many global financial products, covering different international markets, including stocks, indices, bonds, commodities and other major asset classes.

According to the regulatory information, this Australia licensed broker CMC Markets is located at Tower 3 International Towers' Level 20, 300 Barangaroo Avenue, Sydney NSW 2000. The inspection personnel then visited this place.

Then, the inspection personnel walked into the building from the revolving door. From the crowd of people outside the building, it can be inferred that many office people work here. 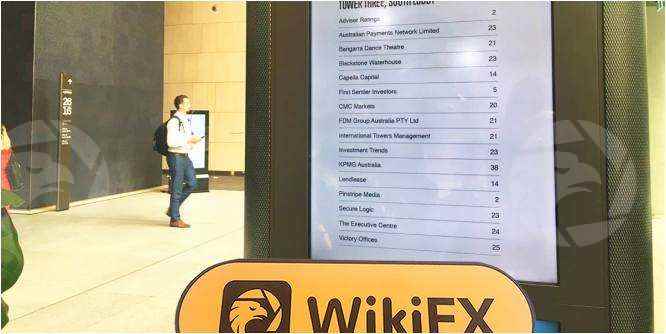 After checking the floor guide at the elevator door, we confirmed that CMC Markets does have an office in the building.

The inspection personnel took the elevator to the 20th floor and saw the logo and front desk of CMC Markets once they walked out. After inquiring the security guard, we acknowledged that the whole floor belongs to CMC Markets.

It is confirmed after the inspection that the Australia licensed broker IFS Markets’ real address is consistent with the regulatory information. It has three MM forex licenses issued by ASIC, FCA and MSA Singapore respectively, three retail forex licenses from BaFin, BDF and MSA Singapore respectively. Currently it is under multi-national regulation and is operating legally. But it should be noted that its license issued by BaFin has been canceled by now.