You are currently in : Home > Pepperstone > Details

A Site Visit to Pepperstone in Australia

Pepperstone was founded in 2010 by a veteran management-team with years of experience in the forex and technology industries. The company is based in Melbourne, Australia and has offices in Dallas, Bangkok and London.Pepperstone aims to offer superior technology that uses low-latency execution, low-cost spreads, and exceptional customer service.

According to the regulatory information, Pepperstone is located on Level 5, 530 Collins Street, MELBOURNE VIC 3000, Australia. The inspection team paid a site visit to the office. 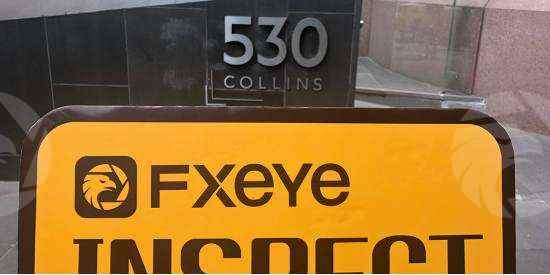 Located in the heart of Melbournes corporate precinct, on the north east corner of Collins and King Streets, 530 Collins Street is a Premium Grade commercial office building which was completed in 1991. The asset is highly sought after with large, flexible floor plates, a prime location and spectacular city views. Serviced by major public transport routes, 530 Collins Street also has four levels of basement car parking.

The inspection team took the lift to level 5 and saw Pepperstone. The team found the logo of Pepperstone on the door. The staff was working and the office is real.There were 20 seats in the office.

The inspection team confirmed the authenticity of the office of Pepperstone in Australia after the site visit.Please be wary of the broker.