You are currently in :  Home > Field Survey > easyMarkets > Details

A Site Visit to easyMarkets in Australia

EasyMarkets is proud that it has successfully accomplished its goal of democratising trading. The easyMarkets founders back in 2001 recognized that there was a complete lack of democracy in trading. Simply put; it was the banks, or nothing. The requirements for successful trading involved having enough capital (often meaning tens of thousands of dollars) to ward off issues such as wide spreads and slippage. It changed that by opening forex trading up to anyone and everyone who wanted to be involved.

It never adjusts trading conditions in response to market volatility. Fixed spreads and no slippage on its web platform mean you know your costs before trading. It is regulated by both CySEC in Europe and ASIC in the Asian Pacific Region.

It believes in transparency and is proud to be a market maker. 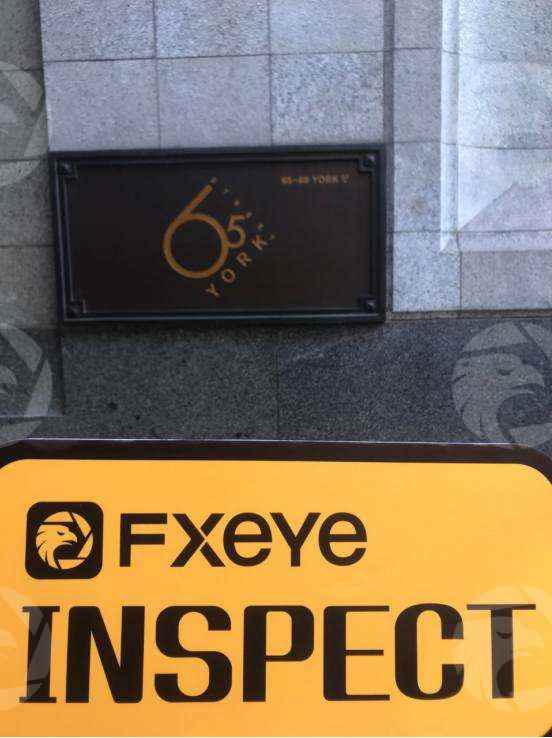 The inspection team came to Location 2_Around 65 York ST and found the building. The central CBD location is close to Martin Place, Town Hall and Wynyard stations, with offices for up to fifteen, over four floors of this heritage-listed building.

65 York ST is well situated for the Barangaroo zone, with access to the thriving new development and waterfront via Wynyard Walk. 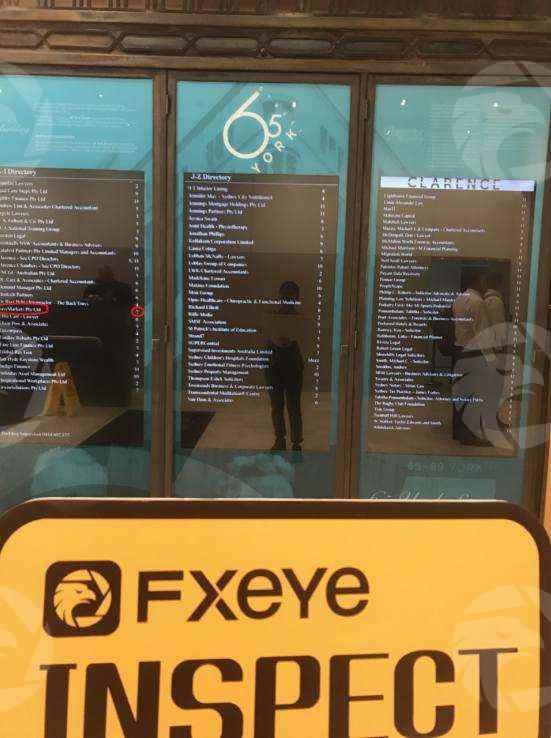 The team entered the building and found three guide boards. The name of easyMarkets is on the left board, which shows it is located on the 7th floor. 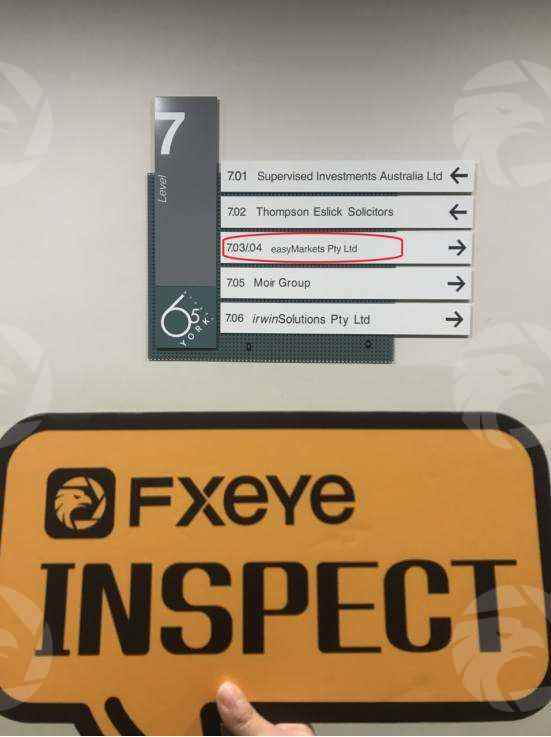 The team found easyMarkets on 703 and 704 after reaching the 7th floor. 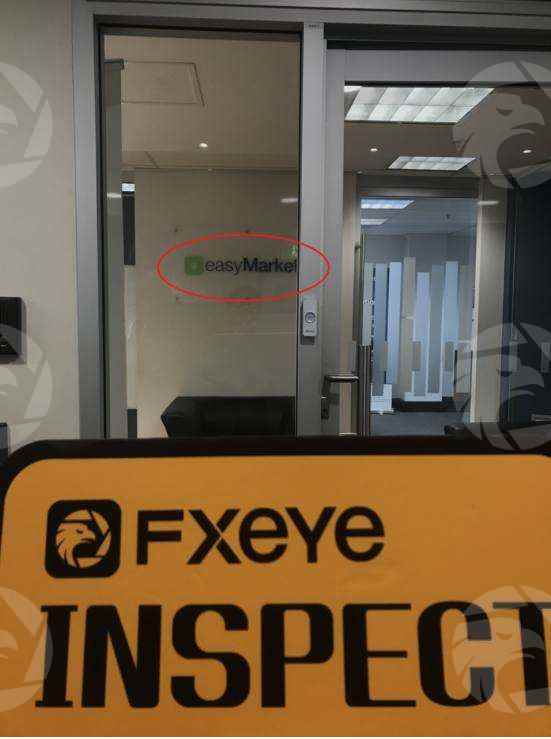 The team found the logo of easyMarkets before 703 and 704.